The Bugeater GT is 3 days of tabletop gaming at its finest!  Hosted at Millard West High School in Omaha, Nebraska, the Bugeater GT was started in 2011 as a way to raise funds for the Millard West Debate team to help offset budget cuts for the program.  As budget cuts continue to mount, the Bugeater has been instrumental in providing the debate program with the funds it needs to continue growing and competing both regionally and nationally.   So not only are you getting to play your favorite games, every dollar you spend is either helping to get us the supplies we need or goes straight into an outstanding program benefiting local students.

In addition, we have the Golden Gobbo, a painting and modeling competition.  Players enter models into three categories: historical, fantasy, and sci-fi.  They are evaluated by a panel of 3 judges to determine the best entry for each division, each category, and ultimately who wins the Golden Gobbo.

We also put on the Bugeater Cup, where we allow you to declare club affiliation and see who is the best club competing at our event.  The top four point earners from your club for each event are factored into an overall score, and we will announce the Best Club for 40k, Kings of War, Bolt Action, and the overall Best Club at the tournament.

What makes the Bugeater stand out?

Ask veterans of our event.  We put on a well run, on time event that features players from more than a dozen states.  We make sure that a lot more people than just the award winners go home with stuff.  We put quite a bit in our swag bags AND we give away hundreds of dollars of merchandise away in the form of kits, KR Multicase cases, and other great goodies.  The vast majority of our prize support is randomly given away to players during the events, not reserved for folks that earn awards.  We want as many people to walk away with sweet stuff as possible!  We place a high value on sportsmanship, so in addition to winning sweet stuff from us you’re going to have a great time with great opponents.

The schedule for the 2019 Bugeater can be found here: 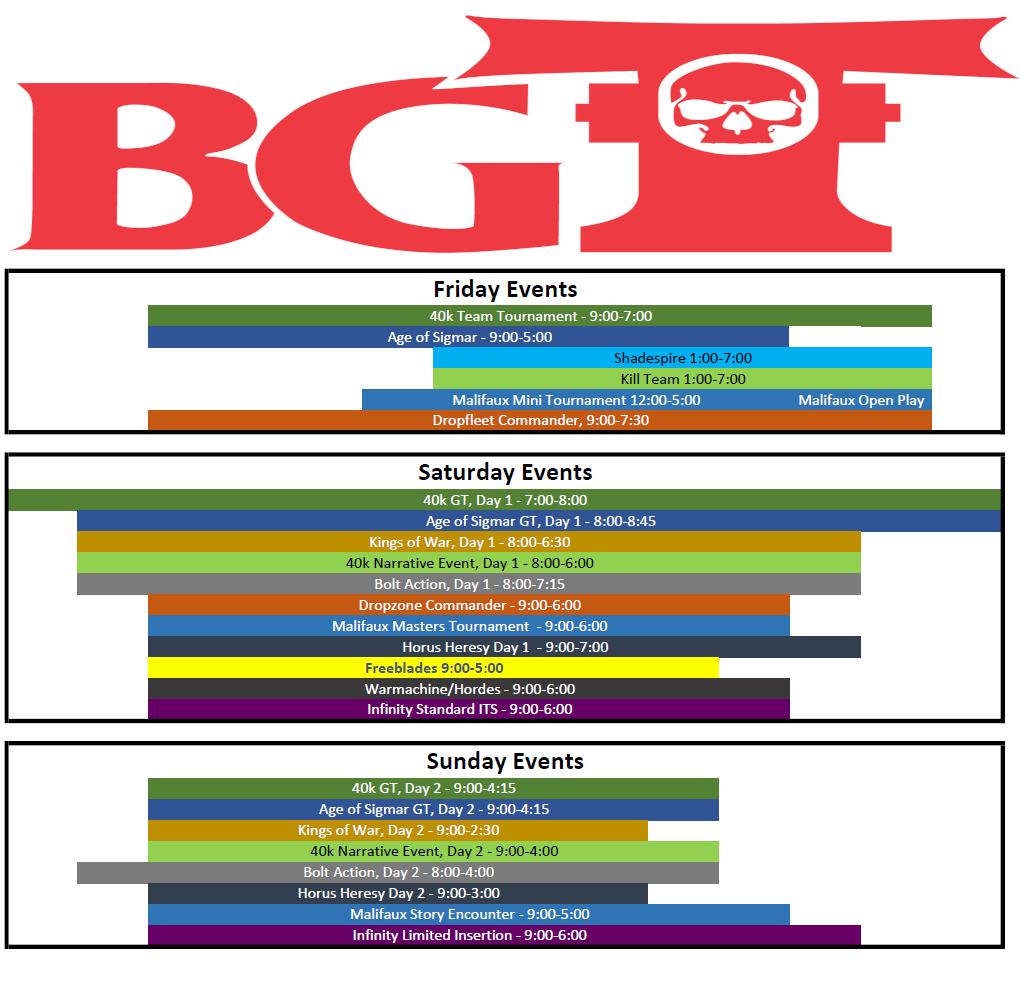