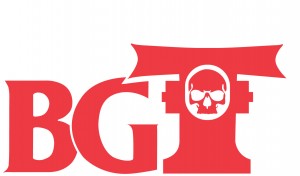 This is a brief update about the GT.  We are in the peak of debate season right now, so I don’t really have time to post too much.  After this week, however, it is go time on giving you updated GT coverage.

Our Friday night events will be held at the Game Shoppe, which I reviewed back in the fall here.  This gives an off-school grounds venue for the open and specialist gaming, hopefully making an enjoyable Friday evening.  They have a ton of space and looks to be a great night of gaming.  The Game Shoppe has been very supportive of the Bugeater GT, and I’m very appreciative.

Good news on two levels: 1) We already have $1700+ in prizes.  2) Most of those were donated by Fantasy Flight Games, Black Library, Forgeworld, et cetera., and because I didn’t have to purchase those I’ve revised my expense estimates.  Because expenses are down, I’m keeping GT ticket prices at $45.  Next year, if costs stay low, I’ll push it down to $40.  This is a fundraiser, so it has to generate some money, but I want to find the right balance between giving money to the debate team and encouraging people to attend.

There are a few spaces left in fantasy, and healthy space left in the 40k bracket (registration is dead tied in both divisions, but I planned on double the 40k spaces).

As noted on the Bugeater blog, today marks a seven day stretch of updates concerning the Bugeater GT.  Today is the release of the Bugeater GT Mission Pack for Warhammer 40k.  There are still some changes to be made, but this gives you a general feel for what the missions will look like.  Tomorrow, the initial fantasy pack will be released as well.

Here is the direct link, and the pdf is embedded below:

Friday night is currently labeled as open and specialist gaming, which is what we intend to have happen, but the details are still wide open.  I’ve talked with one individual about running a mini Blood Bowl league that night for anyone interested, and I’ve had a couple of people suggest Mordheim.  That’s all fine and good for those people that love those games or are possibly interested in learning about those games, but we want to have options available for everyone.

The good news is we have an entire gym to work with, so there’s plenty of space to have Blood Bowl AND another game system on top of eight plus tables for opening gaming.  One idea that has intrigued me is what the NOVA Open and the Battle for Salvation (another tournament based on the NOVA system) have done – “celebrity” games on Friday night.  I think it could be interesting to do a few different things:

1. Store vs. Store.  This is something we used to do in the Omaha/Lincoln area, and we even had some Iowa clubs show up.  The best from each club/store would compete to see who the top store was.

3. “Celebrity” fights – I don’t know if any of the famed interwebz bloggers will be making it out to the Bugeater, but I know that once Stelek said he was showing up to NOVA Open, there was a noticeable traffic spike (I’m quoting the TO on that one) so even if the local players could care less it would be an interesting way of generating buzz for the tournament.

Anyway, more thoughts to come.  If you have any ideas for the Friday night events, feel free to email me.

Welcome everyone!  The website for the Bugeater GT is now online and ready to roll.  We have early information on hotels, location, rules, schedule, and more for the June 24th-26th GT taking place in Omaha.  After attending a local RTT this weekend, I heard from several people that they wanted to see some advertising start now, and even a couple of people said they wanted to lock in and purchase tickets right away.